Businesses are all around us, yet very few people, actually know what makes businesses work or how they work. In the story¹ below we will be taking a look at a young pupil’s perspective at the different levels of labour that exist inside of a business, from the front-lines that do the work, to the middle management that supervises the work, to the executives that figure out what work to do, and to the ownership that creates the environment for the work to happen in the first place. The lesson is simple, yet profound, because for a business to work it requires people at all levels operating together to make a business functional.

The Story
One morning, a young pupil curious about life, went for a walk to the park. She had the idea of being a builder but did not know what to build.

On her walk she noticed a building site en route to the park. In search of inspiration she marched confidently onto the site, found a hard-hat lying around, put it on, and approached the first brick-layer.

She asked him courageously, “What are you building?”

It took the brick-layer a few moments to stand up and with some puzzlement, he said, “I’m laying bricks. Isn’t it obvious?”

There was an awkward pause as the young pupil did not expect that answer. The brick-layer told her that laying bricks is hard-work, and that he can’t wait until pay-day. He then complained about his back-ache and without any further reflection went back to monotonously laying bricks.

The young pupil gathered herself and said, “I am sorry to hear that. I really do hope your back gets better!”

She then wondered, “What is the lesson the universe is trying to teach me here?” After some thought, the lesson she got from the first encounter was simply this: Builders have back-aches.

As she was not interested in back-breaking labor she and moved on, further into the building site, where she saw a team of brick-layers. The foreman approached the young pupil, and immediately asked “What are you doing here?”

The young pupil said “I want to be a builder. I am looking for inspiration. Can you tell me what you are building here?”

He looked at her with some surprise and said “Are you sure you want to be a builder?”

“Sure. I just don’t know what type of builder I want to become yet.”

“Being a builder is not easy.” said the man, who was much different than the first brick-layer. “My team is giving me a headache today. Two brick-layers did not show up for work and we are behind schedule. I am never behind schedule.”

“I’m not an expert, but I am sure it will all work itself out.” Said the young pupil. “So, what are you building here exactly?”

“My team is building a wall on the second floor of the south façade of the building. We are the highest performing wall building team in the whole company.”

The conversation went on for a few more minutes. They discussed the finer intricacies of brick-laying, wall making, team management and tight construction deadlines. He repeated that he has never missed a deadline five times throughout the conversation, and his headache quickly became more pronounced. He ended the conversation and went to his construction trailer to get some head-ache pills.

Still, neither of these types of builders inspired the young pupil.

She then saw the next builder. His disposition was much different than the first two brick-layers. He was extremely well dressed for someone at a building site, wearing a suit, a tie, and for safety, he was wearing a hard hat and construction boots.

This man was curiously looking up to the sky. The young pupil interrupted him and asked, “Do you build with back-aches or head-aches?” He did not budge, as it became apparent that he did not hear the young pupil . She asked him again, and he now noticed her. Looking down calmly, while he took of his protective eye-wear, he said, “What a curious question. I build with neither. I build with my heart.”

The young pupil was intrigued. “But, don’t you just lay bricks and build walls here?”

“Yes, but that is not all that we are up to here. We build places for people to come together. We are building a place where people can belong, brick by brick. I was just imagining the day of completion. The picture is so clear for me – that’s why I did not notice you at first. I hope you can forgive me.”

There was a pause, and he went on to say, “To create a future built to last as a purely creative act is the greatest gift we have as builders.”

The young pupil, for the first time, felt inspired. This was unquestionably a different conversation, and he invited her to sit down to talk. As they created the future together, it became apparent what an enriching opportunity the simple act of laying bricks provides. As it turns out, with each brick laid the future where each and every person can belong, where no one is left out, is more real in the world. She learned that it is not the activity itself that is important. What counts is how we perceive that activity and the frame from which we choose to operate. This builder called it the context and defined it as ‘what is important to you and drives your actions.’

“Yes, that is correct, but the struggle for us is keeping the future alive, when other builders do not care to see it. And, fortunately that is what makes us a great company. You require a healthy mix of the back, the mind, the heart and the … the ….”

Suddenly, he stopped talking, and after a deep breath said, “Actually, I want you to find out the last part personally. It does it no service to be talked about. You must experience it.”

Before they parted ways, he let her know that he has been practicing diligently for the better part of his life to hold the future present for others, so they can see a role for themselves in it. According to this builder everyone can contribute to fulfilling the company’s vision.

She also learned about the power of language and being up to something in the world – not for or against. In other words, to truly build, requires being someone who is not building simply from the place of being right, or to build in opposition to other builders. True builders look beyond, and are able to see beyond a position. They have the recipe for true creation. After this conversation, her vision of being a builder was now becoming clearer, but she still did not know what type of a builder she wanted to be.

She thanked the builder for the opportunity to have the conversation, and the lesson from the third interaction was clear: “Some builders have back-aches, others have head-aches and then there are those who have heart-aches. It is purely a matter of choice which ache you want to have.”

But, there was more.

Walking down the site she saw another builder. This one was the strangest of them all. He had just helped another brick-layer place a brick and she noticed a mysterious, yet content, smile on his face. What was strange is that he did not seem to have a back-ache. He was dressed humbly, and he looked like the happiest guy in the world. What she was struck by the most, was his presence. There was a quality that she could not quite describe. There was a calmness and a peacefulness amidst all of the joy and she hadn’t yet uttered a word.

“Hello! And how do you build?”

“How do you mean?” replied the builder.

“Well, the other builders build with their backs, minds and hearts, and I wanted to find out your method for building.”

“Well, what do you think? Have you spoken to the other builders here?”

“Yes I have.” Said the young pupil. “And, what did they tell you?” asked the builder.

“As I mentioned earlier, they all build differently. It seems there is a different ache that people resonate to. Some prefer back-aches, others head-aches, and the last that I spoke to has heart-aches. The bottom line is, that they all have some sort of ache!”

“Exactly. The ache is unavoidable. You must choose for yourself and grow into your role naturally.”

There was a long pause. Finally the young pupil spoke.

“So the only ache that I can think of the soul. The soul-ache.”

“Precisely.” said the builder, surprised at the sharpness and alertness of the young pupil’s mind.

“So what exactly are you building here?”

He said, “That will be up to you to decide. My job here is done.” And he went back to laying bricks with a big smile on his face.

Conclusion
As the story above illustrates, you can build a business from different aches. Front-lines have bach-aches, middle managers have head-aches, executives have heart-aches, and owners have soul-aches. Depending on which level you operate from, the quality of your experience while building your business will be drastically different.

We will leave you with a question: “Which ache do you choose to build your business from?”

1. The story is based upon a quotation by Oswald Chambers. 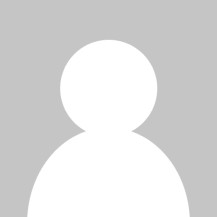